In the first part of our extended review of the Profit Magic of Stock Transaction Timing by J.M. Hurst (Prentice-Hall, 1970) we laid out the basics of Hurst’s price-motion model. The keynotes are that Hurst determined by mathematical modeling that 75% of stock price movement is due to relatively foreseeable fundamental factors. Aside from being a confidence vote for Wall Street’s traditional fundamental analysis methods, this finding confirms that old saying that you will never make a silk purse from a sow’s ear. No matter how technical your trading method you need to be involved only with trading vehicles whose trend direction can be logically and fundamentally explained.

The price-motion model attributes only an accumulative 2% of stock price movement to news events, extrinsic shocks, and purely random individual investment decisions. Although the immediate, short-term affect on stock prices can be substantial, it is clear enough that you cannot make a successful trading plan based upon these random factors.

The remaining 23% of stock price movement is attributed to semi-predictable, accumulative cyclical factors. And, indeed, most of Hurst’s book is an explanation of how to capitalize on this 23% factor.

As important as how is why. Remember, the title of the book is “Profit Magic…” Appropriately, Hurst’s first chapter is an explanation of where the magic comes from. Although Hurst did not address it this way specifically, this first chapter is the foundation of a wealth building trading plan.

Imagine three fictional stock market participants who start with $10,000 each and are equally adept at making exactly 10% per trade, but who trade at different frequencies. Trader A buys and sells once a quarter, Trader B once a month, and Trader C once a week. If each trader reinvested his profits in his next trade, and continued trading at the same frequency, and earning exactly 10% profit per trade for one year, how different would the accounts of each of our fictional traders look at the end of one year?

Did you imagine that the results would be so overwhelmingly different? The message is clear. If you are starting with a limited amount of capital, and want to build wealth from the stock market, you need a trading plan that incorporates an acceptable risk/reward method for short term trades. The mathematics of profit compounding are immutable.

Hope or desire is not a plan, however. The 30,000 hours of computer research underlying Hurst’s book were all aimed at one target – a reliable method to shorten the holding period per trade. As Hurst put it, “improved timing permits shortened trades.” If you thought the Profit Magic of Stock Transaction Timing was just a good read about stock market cycles you missed the magic, and the point.

In subsequent reviews we will cover how Hurst welded the laws of compounding into his price-motion model to produce a practical method of extracting the profit magic from stock transaction timing. 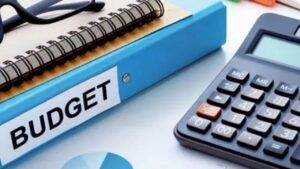 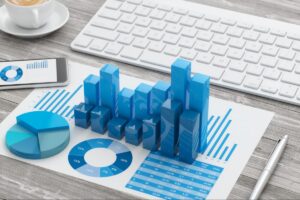 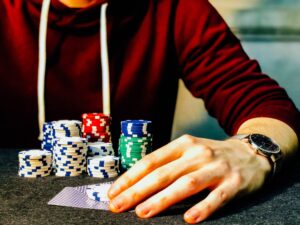